In our video series Hot Off The Press, we have conversations with gallery artists about their work. In this week's episode, Juli Lowe talks with Keliy Anderson-Staley about her new piece Shelter-in-Place, which is comprised of over 600 tintypes that create a house-like structure.

"The piece had its inaugural opening less than a year after Hurricane Harvey. The shelter-in-place after Hurricane Harvey really gave me this conceptual structure to let the portraits act as a physical shelter that we could think of as our greater community helping us through a literally storm, a political storm, or great geopolitical crisis in the world. The portraits become stronger together" - Keliy Anderson-Staley

Shelter-in-Place is part of Anderson-Staley's larger project titled [Hyphen]-Americans. She's been working on this tintype portrait series for 15 years. The title of the project alludes to the hyphenated character of American identities (Irish-American, African-American, etc.), while only emphasizing the shared American identity. Therefore, although the heritage of each individual might be inferred from assumptions we make about features and costumes, the viewer is encouraged to suspend the kind of thinking that would traditionally assist in decoding these images in the context of American identity politics. 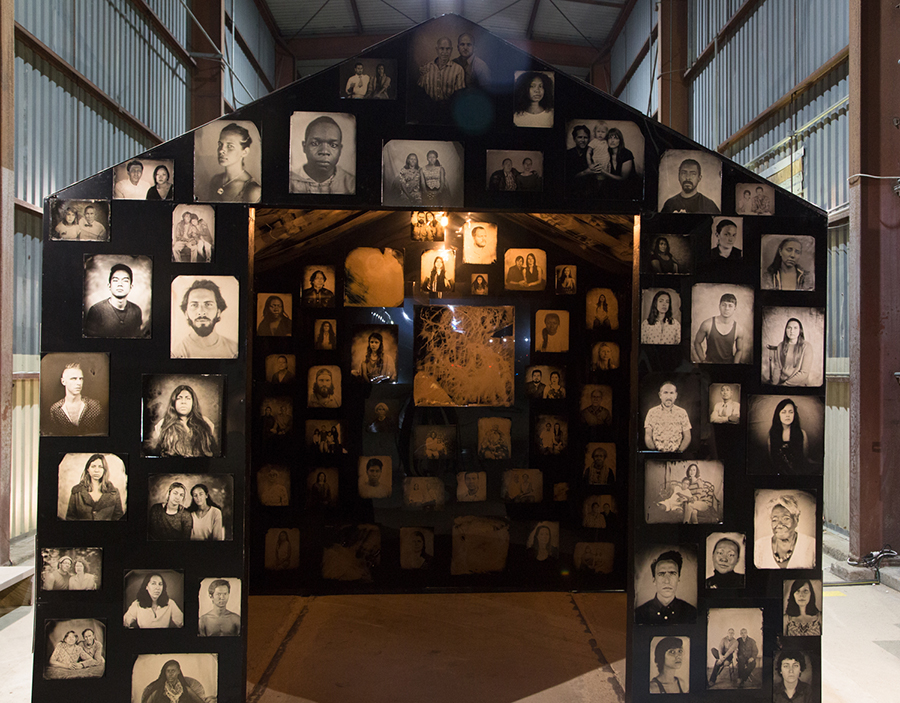 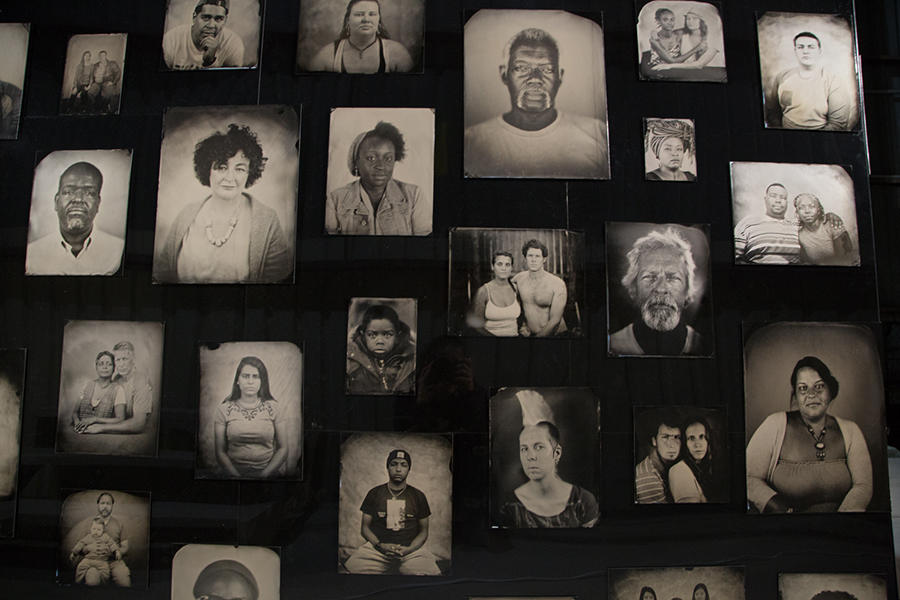 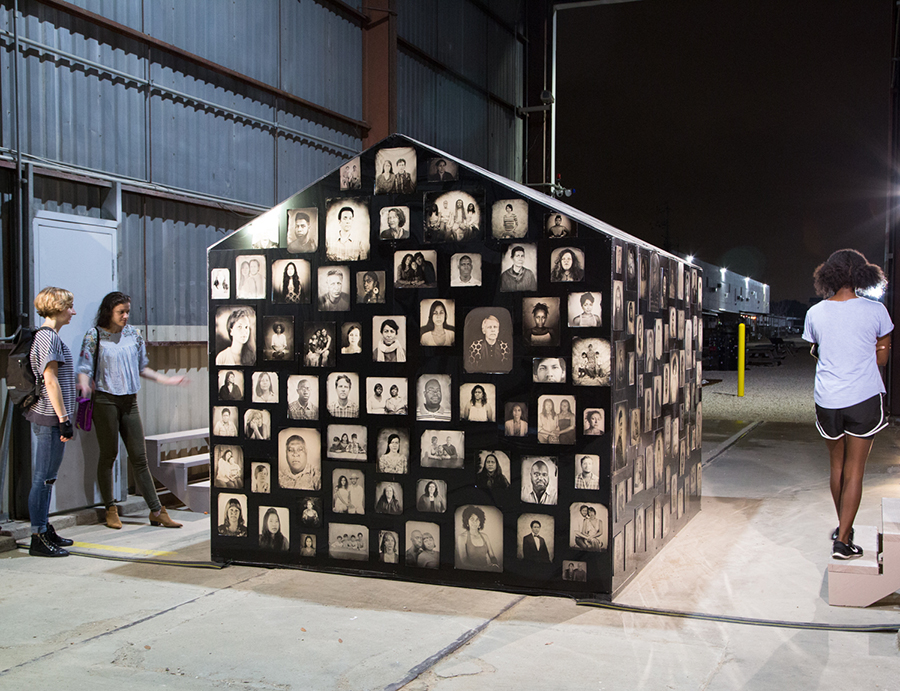